Pet owners are legally liable for the actions of their dogs. In most dog-bite cases, the dog's owner will be liable for the scarring and disfigurement, pain and suffering, and all medical bills and lost wages associated with a dog attack. In Utah, the person taking care of the dog, often called the boarder, keeper or harborer, may also responsible. Unfortunately, a many dog bites cause serious injury to small children. 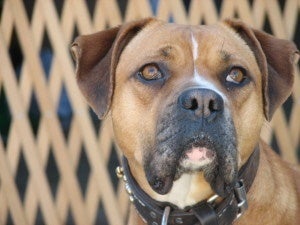 Scars can be a severe, life-long result of a dog bite. Children are particularly at risk to bites around the head and face and may experience disfiguring scarring. Scarring often has a deleterious effect on self-image and can have significant psychological impact.

Dog bites often cause emotional injuries and fear. In Utah, a dog owner or harborer is responsible for the acts of their dogs. If you have been bitten or injured by a dog in Utah you may be entitled to compensation. Utah law is favorable to dog bite victims. Owners and keepers of dogs are liable for all injuries caused by their dogs, excepting only dogs in law enforcement. The law concerning dog bites in Utah is found at Utah Code § 18-1-1, and reads as follows:

Every person owning or keeping a dog shall be liable in damages for injury committed by such dog, and it shall not be necessary in any action brought therefor to allege or prove that such dog was of a vicious or mischievous disposition or that the owner or keeper thereof knew that it was vicious or mischievous; but neither the state nor any county, city, or town in the state nor any peace officer employed by any of them shall be liable in damages for injury committed by a dog when: (1) The dog has been trained to assist in law enforcement, and (2) the injury occurs while the dog is reasonably and carefully being used in the apprehension, arrest, or location of a suspected offender or in maintaining or controlling the public order.

If you have been the victim of a dog bite, contact us today to discuss your rights.

GET LEGAL HELP FROM AN ATTORNEY TODAY If you or a loved one has been the victim of a dog bite, please contact us (link) or by phone at 801.930.0290 for a no-cost review of your case.

There are approximately 4.5 million reported dog bites annually in the United States (nearly 2% of the American population). The majority of dog bites are never reported to local authorities.

According to the American Medical Association, dog bites are the second leading cause of childhood injury, surpassing playground accidents.

Dog bites to people of the male gender are approximately two times greater than the incidence involving females.

Dogs that are licensed with an identifiable owner are implicated in the vast majority of dog bites (compared with strays).

Dogs not known to the victim account for approximately 10 – 20% of all reported dog bites.

Dogs between one and five years are involved in more dog bite incidences than dogs older than 6 years. Male dogs are more frequently involved when compared with female dogs.

The Centers for Disease Control and Prevention document that a chained dog is 2.8 times more likely to bite than an unchained dog.

Canines not spayed or neutered are three times more likely to bite than sterilized ones.

Emergency room costs for dog bite victims in the United States was about $102 million in 1994, and overall direct medical costs was about $165 million.

The majority of dog bites to adult humans are inflicted to the lower extremities followed by bites to the upper extremities including the head, face and neck. For children, 77% of dog bite injuries are to facial areas.

According to the Insurance Information Institute, dog bites accounted for about one-quarter of all claims on homeowner's insurance, costing more than $321 million in 2003. In 2002, the latest year for which numbers are available, the average claim for a dog bite was $16,600.

Dog attacks account for one-third of all liability claims on homeowners' insurance policies. According to the Western Insurance Information Service, the insurance industry paid out more than $1 billion in dog-bite claims in 1998 alone.

From 1979 to 1996, dog attacks resulted in more than 300 human dog bite related deaths in the United States. Most of the victims were children.

Approximately 20 people die every year as a result of a dog attack in the United States. By far, the majority of the victims are children.

The breeds most often involved in fatal attacks are Rottweillers and Pit bulls.

In the United States, pit bulls make up one to three percent of the overall dog population and cause more than 50 per cent of serious attacks.

From 1979 to 1998, at least 25 breeds of dogs have been involved in bite related deaths. Pit Bulls and Rottweilers were involved in more than 50 percent of these incidences.

In a study reported by a retired professor from California State University at Chino, Robert Plum, it was found that one dog in 55 will bite someone seriously during the course of a year. With respect to breed differences in the tendency to inflict serious injury, Plumb estimates that when a pit bull bites a human, one in 16 (e.g. 1/16) will inflict serious injury; this contrasts with a ratio of 1/296 Dobermans, and 1/156 German shepherds.

(The Statistics were compiled by Richard H. Polsky, Ph.D., CAAB, and can be found athttp://www.dogexpert.com/Dog%20Bite%20Statistics/DogBiteStatistics.html.)

If a dog has bitten you or a loved one, contact us today.

Thank you for contacting us. We will get back to you shortly.

Please complete all required fields below.